On the Possibility of Speaking a Foreign Language in One’s Native Tongue: Why Our Reskilling Conversations Matter 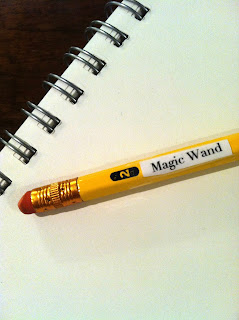 Like many of you, I attended the local version of “Hogwarts.” Spelling, ciphers, rituals and rites, we did it all. Thing is, when everybody does it, such magic seems ordinary. Where the local equivalent of Lord Voldemort enters the plotline is when people leaving such institutions turn their backs on the generative power of a liberal education to shape and navigate their worlds, becoming instead passive consumers of other people’s worldviews. Our creative power doesn’t just vanish when, whether by negligence or design, we cede it to some external authority. No my friends, when we hand over our magic, it tends to be used against us. Cruelly, this holds true even if we are unaware that we have done so, but then, nobody ever said being a wizard was all fun and wand duels.

Nonetheless, the fact remains: in language is power. And, just as during the ages when scribes lived in temples and words were spoken over potions, writing and speaking are still magical acts. Yet the way it’s been taught for generations turns a good many people off to it. As a schoolteacher I once made a living helping students heal their relationship with what we now call “language arts” – listening, speaking, reading, and particularly writing. I succeeded, to the extent that I did, largely because I did not teach as I had been taught. As a student, I had seen magic in language, but I didn’t see much magic in my teachers, at least not the kind I wanted to emulate. And even though my primary education happened when Hogwarts was still a long ways from its birth through JK Rowling’s literary imagination, when it comes to teaching reading and writing, those who aren’t participating in the magic can’t do it right.

Eventually, having sat on both sides of the teacher’s desk for quite a few years, I came to suspect that this was the actual agenda: to drain the magic from these inherently magical acts, and to render them not merely difficult – for they absolutely require rigor and application – but simultaneously difficult and without value: something never to do again unless one absolutely has to.

Because after all, it simply wouldn’t do to have people really tapping into the power there —that is, unless we hire them as advertising and public relations professionals who tell others what they should want, or as journalists and political speechwriters who tell others what’s important, what’s worth talking about, and how to conceptualize the events of the day.

And why would I be writing about magic and language in a blog focused on building personal resilience through community?  Shouldn’t we be focused instead on how to amend soils to produce rich crops of potatoes, for example, or how to make a tincture that can stanch blood from a wound if conventional medicine is unavailable, unaffordable or ineffective?

Yes, and no. My sense is, the problems are deeper than these solutions. However – and this is key – implementing "homemake tincture" kinds of solutions does tend to address the deeper level problems, because sharing this knowledge shifts the culture. If we want to take on our cultural Voldemort, here’s the magic formula, condensed into its essential and functionally related components. We’ll use growing potatoes as an example: 1. Talking about growing your own potatoes shifts the prevailing conversation. 2. This shift in the conversation can either be driven by or drive an underlying shift of values — that is, what’s important to people. As values change, so does language, and with language, perception, and with perception, the capacity and motivation to act. 3. As values shift, language shifts with it, serving as an extragenetic code that helps to both anchor and spread those values.

This is why our reskilling conversations are important. Stakes like these are not small potatoes. Let’s take the process apart piece by piece.

1. Talking about growing your own potatoes (for example) shifts the prevailing conversation.

What’s worth talking about? Baseball? The president’s latest gaffe? The newest iPhone? This year’s fall fashions for 20-somethings? Venezuela? Global warming? The best California white zinfandels?  A person might follow any or all of these interest areas, but the basic rule is, people talk about what matters to them. So far, so good. However, the corollary to this is that because we are social creatures, hearing people talk about things tends to subtly convey that something is worth talking about. The media take advantage of this second dynamic all the time, focusing on this or that idiotic thing, keeping the cultural narratives within predetermined limits. Whether we’re age two or fifty-two, the effect on us is basically: “It seems like everybody’s talking about it! It must be important!” We then try to participate. We buy into those narratives in large part because by doing so we gain a sense of belonging. We don’t want to feel left out.

As long as we parrot the manufactured debates and controversies back and forth among ourselves – and what side of these controversies we’re on matters a lot less in the end than we’d like to think – the dark wizards will have their way with us. Certain thoughts will become unthinkable. As soon as we start our own conversations, however, we regain a measure of control in our language, values, culture, and minds.

Notice also that as we do this, regardless of our interest or inquiry, a special vocabulary starts to develop, and with it, a subculture. If the problem is the culture, it seems sensible that the solution might begin with a subculture, a cultural trial balloon.

2. This shift in the conversation can either be driven by or drive an underlying shift of values — that is, what’s important to people.

Again, the process works both ways: yes, we talk about what matters to us, but what others are talking about can reach a threshold where not joining in the conversation carries the risk of being perceived as an outsider who does not share underlying values. There are social consequences to this. As a mild example, take the Superbowl: it's a social phenomenon that generates a lot of discussion, all of which carries the connotation of its own importance. If we choose not to participate in “water cooler conversations” about the Superbowl, we may risk a separation from those who are participating. However, by the same conversational token, those who take the time to generate conversations that reflect a different underlying value structure can, theoretically, shift the broader culture as others gather around different water.

Fundamentally, language does not exist without social context and underlying values. The famous linguistic quip about the number of words for ‘snow’ in Inuit languages reflects how context-driven language is, but it really implies something deeper than that: we name aspects of reality because of what we value. Skiiers likewise have words for variations in the quality of snow – expressions like “death cookies” and “frozen granular” – because snow also matters to them. Language is, always, about what we value. It’s a bit of a simplification but provisionally useful nonetheless to say that those who dominate the narratives shape the culture by controlling the values.

What is often overlooked is how these shifts in language also shape our perceptions.  Naming  something tends to steer awareness toward it and make it visible and important. Conversely, leaving a thing nameless or not talking about it can steer awareness away from it. I have nephews who can name the make, model and year of pretty much any car that happens to drive by. They grew up in a family where cars were “a thing” – something to relate to and, more importantly, something to relate with other family members through. I did not grow up in such a family. In consequence, the subtleties on which they base their ability to distinguish the various automobiles are invisible to me. I can distinguish a truck from a car from an SUV. To my nephews, the subtleties they perceive aren’t even subtle: They see completely different things.

Once established, language and cultural context shapes our interactions with the thing we name. One can see why those who want to “control the narratives” would not willingly concede that power, which in effect is the power to make some things invisible, make other things appear and grow before us, and shape how people respond to whatever we're seeing. See why I would call it magic?

Hence the ingenious stratagem of hiding the possibility of generating narratives in plain sight and making schoolchildren decide it’s all a big bore – at the same time as they are conditioned to accept what they are given. Despite the fact that the world of the unnamed vastly exceeds the extent of the named world, most people choose to inhabit a consciousness bounded by the naming of things. This fact is truly astonishing for those willing to contemplate it. It also implies unlimited creative possibilities in crafting alternative narratives.

3. As values shift, language shifts with it, serving as an extra-genetic code that helps to both anchor and spread those values.

So let’s look at where we’ve arrived in this journey: Language, which gathers its power to signify from cultural contexts and values, also shapes both what we can see and how we see the things. In influencing the range of consciousness, it also changes our interactions with the world. This in turn generates feedback cycles both within societies and between a given society and its local and global contexts. We treat the earth and one another as we see the earth and one another. In practical terms, this shapes the world. These feedback vortices, like hurricanes, are more or less stable for a period of time, depending on a host of factors, primary among them being the adaptability of language and culture in response to changing feedbacks and conditions.

That all sounds very academic, but for the purposes of this blog what it means is that in sharing how to grow potatoes, for example, it absolutely matters that in doing so, one is introducing the potato plant itself into this conversation. Suddenly in this context a potato becomes less an article of commerce and more of a product of mysterious processes of life in which I participate and invite others to join. The conversation, and any activity around it, represents a shift in a prevailing cultural narrative: Potatoes do not come from bags in grocery stores or French fry cartons. And by the way, do you know what’s going on underground in the depths of the soil? Well, I don’t know exactly, either, but one thing I do know: it matters. As our values shift, so too does our consciousness, language, and ultimately what’s possible in very practical terms – an effect that goes well beyond potatoes.

My hope is that people will bring this kind of awareness to their reskilling conversations, whatever they may be. It’s not just about the potato that comes up out of the ground or the calendula flower and what it can do; it’s the fullness of the shift, it’s a statement about what matters and how this shift can help to antidote a toxic culture.

Posted by Clifford Dean Scholz at 6:03 AM