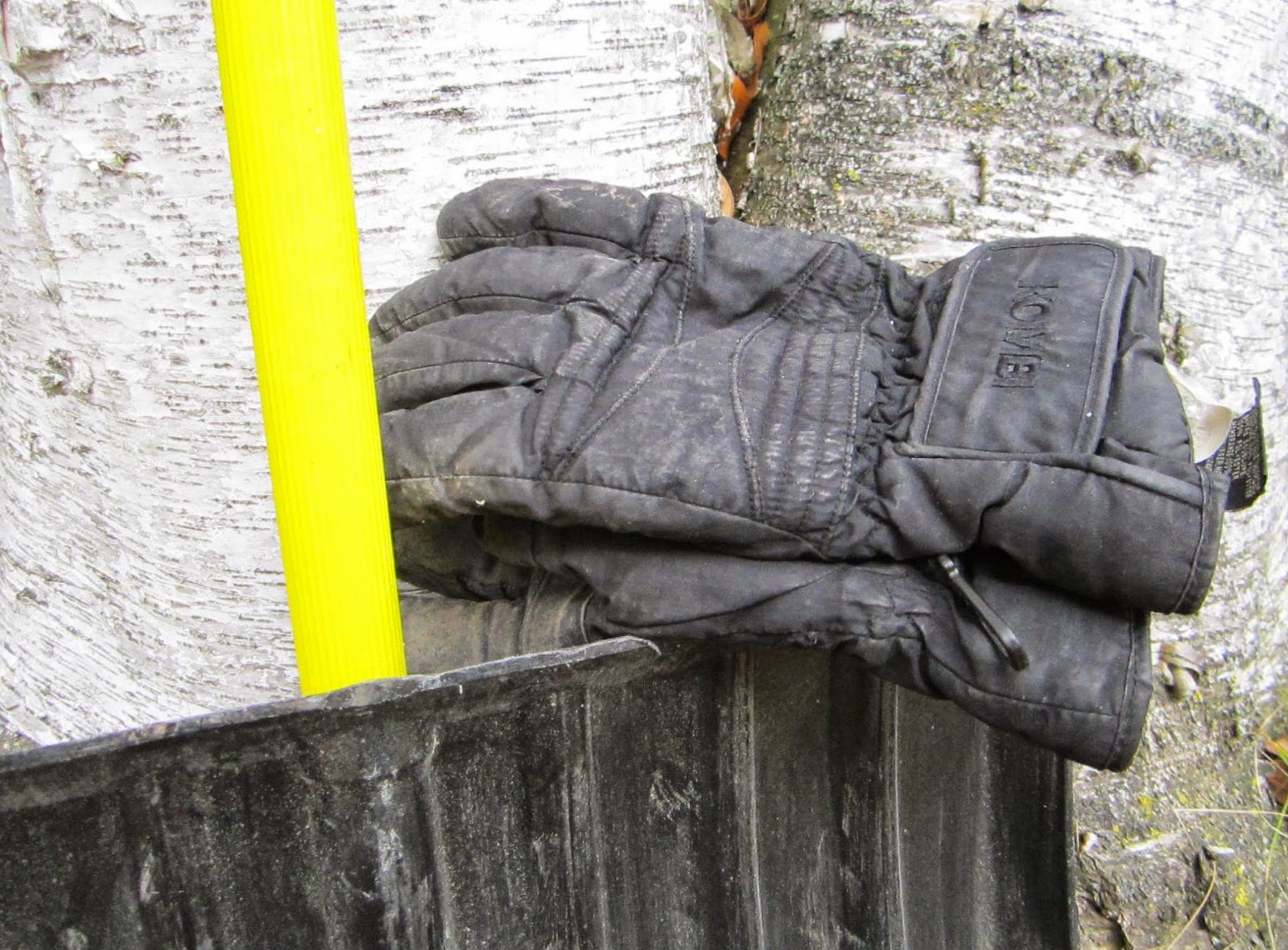 It was during a winter in about 1991, I believe, and I awoke after midnight to an astonishing spectacle: “thundersnow.” Lightning flashed against the windows of my rented second-floor flat as the wind drove falling snow with an intensity I hadn’t seen since childhood. By the end of the storm, drifts had shut much of the city in. Main roads had been cleared, but driving to them from where I lived on a side street was nearly impossible.

As the storm abated, the digout began. Neighbors piled snow high beside their driveways and sidewalks, but the road was still nearly impassible as the traffic that had somehow made it through had only compressed the snow and made it heavier. Nonetheless, resident after resident attempted to navigate it and get to work. Whenever somebody tried and got stuck, five or six people who were shoveling nearby driveways would walk over and push and shovel as needed to free the motorist. This happened maybe ten times that I saw, and I helped push four or five cars at my end of the street.

It’s kind of cliché to observe that neighbors often get together to overcome weather-related challenges, but in the years since then what stuck with me was the economic value that this neighborhood cooperation yielded. Local towing services were overwhelmed with disabled vehicles. Because of this, the “normal,” get-out-your-credit-card-and-bite-the-bullet, middle class response to a disabled vehicle was simply not available. There would be no savior in the form of a professional tow-truck driver showing up with a huge piece of machinery to help get cars out of the snow in exchange for “money.”

But it was amazing how, with five or six people pushing for a few minutes per vehicle, we managed to get car after car out of that neighborhood, quickly and efficiently. And here’s the thing: while we were certainly generating value, we did so by bypassing the traditional economy, which mandates that we earn money, have our income taxed, put it into a bank, then swipe a credit card to pay for the driver, tow truck and associated maintenance, fuel, insurance, advertising and other miscellaneous business overhead, and of course the credit card issuer’s transaction fees. None of that happened. People just moved. When the money economy failed, a different, more primitive, and more efficient one prevailed.

Ironically, our efficiency came at the cost of our normal productivity. The people pushing were in effect temporarily unemployed, and could not get to their fossil-fuel-enhanced, highly productive jobs.  The distinction between efficiency and productivity is probably worth a quick mention here.  Let’s use the example of a bicycle as a piece of technology.  A bicycle is highly efficient in terms of energy required to move a person and a small load in many kinds of common conditions. If a person is using the bicycle to make deliveries, putting a gasoline powered engine on it does not add efficiency – in terms of energy use per unit of work, the engine reduces efficiency, in fact – although it will very likely add to the user’s productivity. In confusing efficiency with productivity, people may consider cars to be an efficient way to get around. Automobile transportation may or may not be an efficient use of the driver’s time, but in terms of energy used per passenger mile, cars are grossly inefficient: most of the energy in the fuel is wasted. And the important thing is, while our culture can discount such inefficiencies for a time, nature doesn’t lose track of what’s going on. Do you desire timely delivery of hot pizza to outlying rural areas by motorcar?  It’s technically feasible, requires highly productive machinery, and in some areas it has even become a cultural norm. But on a basic level of physics and biology, does it make any kind of real sense as a way of feeding ourselves?

I don’t think so. Beginning with the assumption the rural hot pizza deliveries and a great many other such highly productive but inefficient kinds of economic activity will prove unsustainable, the Green Hand Reskilling concept embraces a more primitive and more durable idea, preferring efficiency over energy-intensive productivity. The fact that efficiency is currently coming out the loser in its competition, given all the glittery prizes that energy-intensive productivity has to offer, does not dissuade me from betting on efficiency as the winner in the long run.

In fact, the efficiency of direct value creation is what motivated the Green Hand Reskilling Initiative in the first place. For those just joining us for the first time, this blog was intended to promote a very simple community-building and skill-sharing strategy: displaying a sign with a green hand printed or painted on it to indicate one’s willingness to share knowledge with one’s neighbors. Born out of a statewide strategic meeting of Michigan Transition groups in 2010, it’s a low-tech, intrinsically local strategy that is elegant in its simplicity and efficiency – and, as a practical initiative, it’s basically gone nowhere.

However, recently I happened to read John Michael Greer’s blog post,” Dark Age America: The End of the Market Economy,” and I felt it lent some support for the inevitability of concepts such as the Green Hand in one form or another, and so I thought I’d share the connection here. One of the themes Greer has been following in this series of posts is about the collapse of civilizations, including ours, as the energy required to maintain a given level of complexity is no longer available. “Loss of complexity” in Greer’s post refers to all the aforementioned layers of structure that insert themselves between producer and consumer. Greer introduces the term disintermediation to describe the movement toward direct value transmission. This basically means the removal of all unnecessary layers of economic complexity in the process of value creation, including eventually money and all its associated costs. Disintermediation is the name he gives to the process of removing the administrative clutter from value creation, such as we saw when money, business, and machinery were efficiently bypassed by neighbors to overcome the problem of cars stuck in the snow.

Greer’s point, if I read him correctly, is that these layers of complexity inevitably disappear as a society loses the net energy surplus that had supported them. The result, after a period of adjustment, is a relationship-based, land-centered, steady state economic arrangement that Greer identifies as feudalism. But the process takes time. It starts with people in straits finding workarounds in an economic system that is failing to provide what they need, often finding those workarounds in opposition to those who still striving to maintain the dying system.

I encourage everyone to read Greer’s blog, but for now this sketch should be adequate to help the reader understand why I would be inspired to draw a connection between the ideas Greer is sharing and the Green Hand Reskilling Initiative. Greer’s “disintermediation” is the essence of the Green Hand concept: direct exchange of information, skills, or what have you, all in the name of building a community resilience (read: a community with more than one way to get necessary tasks done). And while I conceptualized Green Hand being largely a gift economy in which, for example, everyone’s food security is enhanced by the dissemination of food production and food preservation skills among community members, disintermediation does not require the instantaneous abandonment of the market economy, nor does it require that everything be shared for free.  It happens also at a farmer’s market or roadside produce and egg stand, where money moves directly into the hands of the producer without distributors, managers, advertisers, marketers or other intermediaries taking a cut of the transaction. It happens when the woefully underused productive capital of the typical American kitchen is put to work turning raw commodities into tasty foods. It happens when you watch your neighbor’s kids for a day after getting some help repairing your brakes.

But while the compelling efficiencies found in a roadside transaction for sweet corn, for example, may be understandable to many (and they apparently are for the producer, anyhow), the concept of sharing skills for the sole purpose of having a skilled community is still a long stretch for people. We’re born into the thrall of the market. On some level, we think food comes from stores and believe that money has some kind of intrinsic reality when it’s simply a social construct. I’ve taken the money economy and markets to task several times in this blog (some of the more salient broadsides can be found here, here, and here). These articles also found a readership at the Post Carbon Institute’s Resilience.org and Energy Bulletin websites, but these are hardly mainstream venues. However, as immediate conditions on the ground get harsher, as we realize that we really don’t need most of the crap people are selling, and as it becomes obvious to many that Wall Street has become, at best, bloated administrative overhead, and more fundamentally, a nonproductive skimming and scamming operation, more people may be willing to start waking up from the hypnotic conditioning of money, at which point, mental barriers currently inhibiting all kinds of alternative economic arrangements will start to make sense. Whether the Green Hand plays a part in it or not is anybody’s guess, but I’m still advocating for personal relationships over money-mediated ones because some day we may find that “social security” is a door that opens for us when we’re standing in the rain.

Basically, the question I found myself asking this week was: What if Greer is right and we’re at the beginning of a long slide toward feudalism? You could call our current period 'nascent neofeudalism' if you like big, tasty words, or just “people figuring out smarter ways to be poorer” if you don’t mind plain English. Either way, I agree that it makes sense to start practicing ‘disintermediated’ (i.e., direct) value creation, as well as building the kinds of relationships that can collectively push our society forward when our economic machinery is spinning its wheels.

Posted by Clifford Dean Scholz at 10:14 AM