Tossing and Turning: Our Disturbed Soils and Troubled Sleep 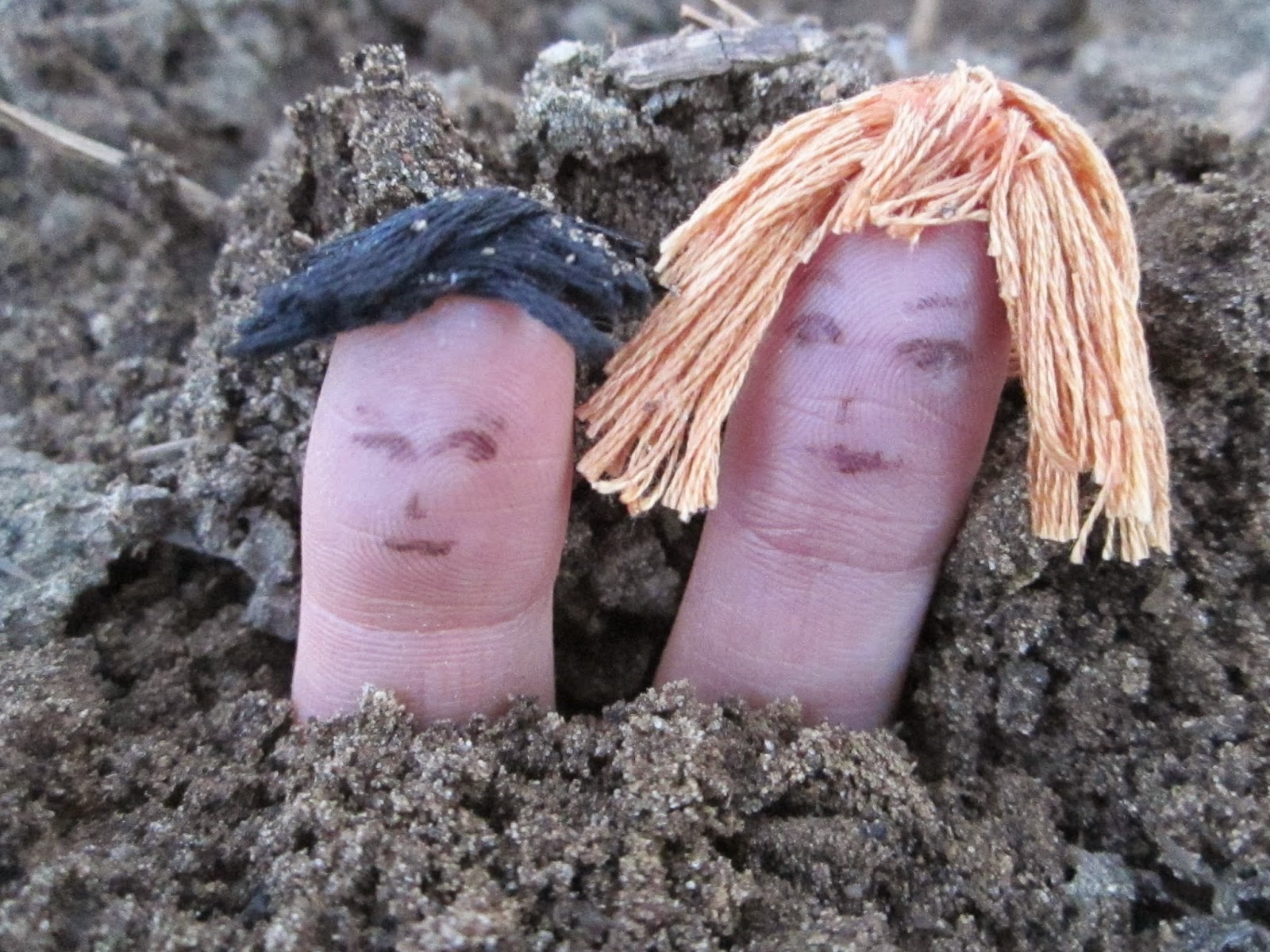 I’m sitting under a halogen light right now and staying up late to write about soil.

That probably doesn’t sound ironic to you. I think it should.

How I came to reflect on soil and sleep as functionally related and analogous in their processes is something of a mystery, though the sequence of events that led to the idea is clear enough. I recently spent a weekend learning about soil in a workshop that outlined some of the basic science. Weeks later, a person I spent time with at the workshop emailed me late one day wanting to connect about a soil-related project we’re working on together, but informing me that, at the moment, sleep was a higher priority. My response upon reading the email was that no person who is seriously interested in soil would dismiss the importance of sleep.

At first my response puzzled even me. As I thought about it, though, I realized that the work of the body in sleep and what I’d recently learned about the life activity of the soil are very much connected. Shrouded in layer upon layer of darkness and opacity, both the body in sleep and the soil beneath the surface teem with important goings-on. Interestingly, much of this activity has to do with the movement of nutrients through their respective systems, and the regenerative and growth processes that require these nutrients.

As we fall asleep at night, if everything is working correctly, we shift focus, our eyes and somatic sensibilities adjust to new surroundings, and we engage with these. We move in a different world. We awaken to our dreams. And these dreams, whether we acknowledge it or not, are absolutely essential to the functioning of our daily waking consciousness. Certain processes of the body wake up in sleep, and the body needs sleep the way the mind needs dreams.

Like our nightly sleep, the sleep of soil isn’t really sleep at all; I would argue that instead it’s a kind of awakening to a different level of being. The dreams of the soil when left undisturbed support the growth of plants into light, just as our own dreams support the growth and flowering of consciousness. These dark processes remain as guessable to those of us walking on the earth as are the dreams of a friend we see twitching in his sleep. Yet the visible, colorful expressions of plants above the soil surface and their capacity to metabolize light into food are directly dependent on their ability to gather from the sleep of soil the elements needed to accomplish this. What we find if we look into soil and follow its sublime, heroic dreams are exceedingly complex relationships, fine chains of mycorrhizal fungi and associated bacteria fed by plants in just the right way to help them to locate and channel these nutrients to the plant roots. Mycologist Paul Stamets calls the interconnected mycelial network of soil, "the neurological network of nature."

At night, the plant’s energy and sap move down into the soil to support and feed this hidden activity. At night we likewise descend, in our own way, into the depths, and there make use of the nutrients we have taken in as food that were originally dredged up by plants in their own dreams. Thus, by linking our dreams to those of the soil through the mediumship of plants, we dream our bodies into being.

At some point, people discovered that they could get a temporary boost in productivity from the soil by inverting it, exposing its dreams to the light. As the plow inverts the earth, a vast and largely invisible conflagration ensues within the soil, a plume of CO2 rises from it, and from this waste and sudden death the enterprising food plant draws its life. Of course, all the other plants, including the weeds and grasses that had formerly held the soil and embraced and fed its microorganisms, are caught up in the maelstrom, and when they die the nutrients they had sequestered are at first liberated, then ultimately leached away. In time the food plants grown there cannot make it anymore. In traditional farming, the exhausted soil was either abandoned, kept exposed but on life support with manure or compost, or allowed to rest and regenerate during a fallow period. Like a sick and wounded soldier coming home from war, the land must sleep. Today’s methods of chemical agriculture seek to continually stimulate more productivity from the soil as it lies dying. There is no rest for the soils that produce most modern foods, and our widespread exhaustion follows.

Missing from our understanding is how the deep dreams of the soil ultimately nourish our own, and how our reckless pattern of disturbing our soils eventually disrupts our ability to sleep as well as the capacity of our sleeping bodies to dream themselves anew. I don’t think it’s too far of a stretch to say that in the natural course of things, each night we refocus on the place where we connect in the quiet womb of the Earth, and each morning we are born again. Going into that womb, we take with us the products of the communion of plant, sun and soil. We call it food. The human digestive system can be seen as an internalized placenta by which we draw nutrients from the mother. We are, in every way, still inside of her. These nutrients, the products of the teeming, active dreams of soil and sea, then meet with the imaginative processes of the body that regenerate us in our sleep.

Meanwhile, here I am still writing under the halogen light, following my culture’s habit of inverting things for temporary gains -- this time by using technology to put day in the place of night. As with inverting the soil, there is a short burst of heightened productivity associated with artificial light and the dreams it breaks up and postpones. There’s always a purchase price for such advantages, however. I can push my fallow period off for an hour or two, convinced that the most important work is happening when my eyes are open, but eventually I reach a point of diminishing returns. And it’s worth noting that from a biological point of view, a significant part of the price we pay for the stress we induce in this way is the loss of minerals…the very nutritional components that plants are accessing from the earth by feeding the microbes of their soils every night. Turning night to day leaches minerals from the body just as though we are soil being turned to face the sun.

So what are the ultimate consequences of all of this? Let’s put it all together: we diminish the fertility of the soil by disturbing it, gain fewer mineral nutrients needed to build our bodies, then degenerate and sleep badly. In the midst of this, we also focus on our waking consciousness and productive labor at the expense of sleep and productive dreaming. The net effect is that slowly but surely the aperture of human consciousness narrows. Most people will experience this clearly after even one sleepless night: we can feel how we start to move more robotically, how our thoughts tend to stay in their established channels like computer programs, and how irritation and reactivity supplant creative responses to the day’s events. Our experience thins out. Deprived of the depths of sleep for a night, we sense that we’re not fully living but just going through the superficial motions. And here’s something worth noticing: vitality, like soil, is a thing of depth. Yet, what happens if sleep and our capacity for it is incrementally eroded over time? What happens when soils continue to thin and degenerate, artificial light fiddles with our hormones, food plants are tricked into growing on chemicals, diseased plants protected by sprays, people are tricked into feeling ok with drugs, received images from the media take the place of active imagination in people’s minds, and stress takes the place of deep upwellings of primal energy?

If this change were gradual, would we even notice? And what if the perceptual systems by which we would notice such a change are among those that get damaged?

I’m not sure, but the questions are worth asking. What I am growing increasingly confident of is that most of the aisles of my local grocery store are filled with food that is unfit for human consumption. And I’m sorry to say this, but many people I see putting that same food into their shopping carts look like they’re sleepwalking in a bad dream — they seem startled and annoyed if anything should awaken them. Perhaps this is another cost of our ongoing inversions: We start living nightmares instead of occasionally just dreaming them.

So what’s the answer? I think we’ve tossed and turned and disturbed the sleep of our soils too long, and I’m guessing we need deeper nourishment than what most people are getting. With deeper nourishment comes the possibility of more productive sleep, with deeper sleep the possibility for deeper dreams, and the deeper the dreams, the deeper the capacity for consciousness.

This idea goes against much of our conditioning, which teaches us to extend our waking hours and work harder with our conscious minds. Yet as every toddler eventually figures out, the fastest and best way to get from one exciting day to the next is to let go of the one you’re in, that is: to go to sleep, and then wake to day again. Collectively, we seem to think we’ll arrive at that new day by turning our minds faster. What it looks like to me is that all we’ve managed to accomplish in this way is to more quickly generate correct answers to the wrong questions. But what if the world we live in heals fastest and best when moving at the infinite speed of rest?
Posted by Clifford Dean Scholz at 9:26 AM